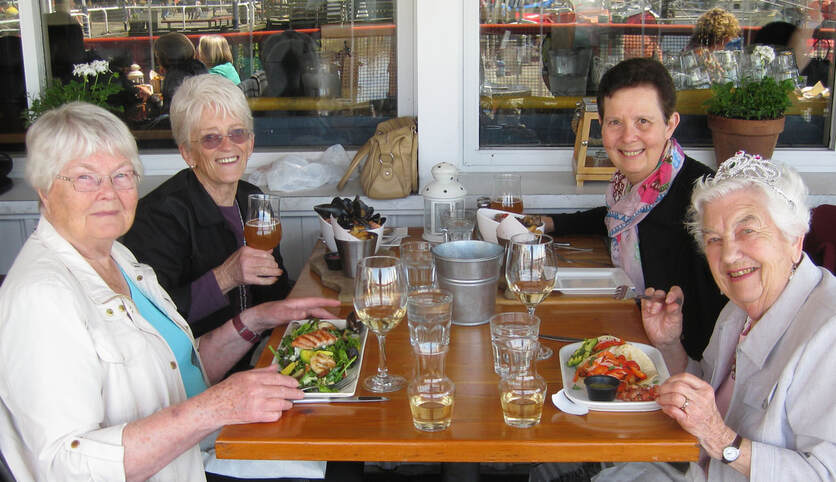 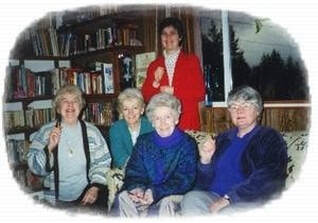 Betty C. Keller, Eileen Williston, Gwendolyn Southin, Rosella Leslie and Maureen Foss formed the Quintessential Writers Group in 1992, meeting weekly to critique each other’s work.  Sadly, in 1996, Eileen Williston died, a victim of cancer, and the group has since carried on as a foursome.

Led by substantive editor Betty C. Keller, the Quintessential Writers have published a steady parade of books (33 at last count), articles and short stories, each one turned out with the generous input and support of the others in the group.
All of the Quintessential members were involved in the founding and organizing of the Festival of the Written Arts and the production of the Festival’s famous Great Canadian Literary Cookbook, with Betty Keller and Gwen Southin acting as its editors.

The group has  hosted numerous book launches for themselves and other writers in the community, and held reading events such as Bookfest—A  Night of Readings, Games and Prizes,  to  raise funds  for the Sunshine Coast Arts Council.